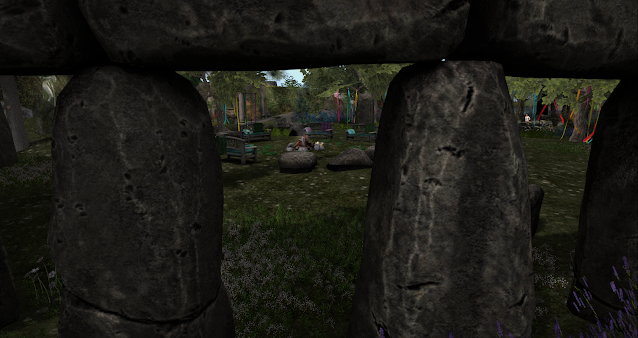 Both of today's sessions are in The Glen
http://maps.secondlife.com/secondlife/Nowhereville/197/131/21
@NOON: RUSSELL EPONYM, Live in The Glen!
Join us for Russell's popular weekly performance in our beautiful Glen for an hour of 100% live and unplugged acoustic music and spoken word.  Russell will be presenting original and traditional songs, instrumental pieces and covers, together with some selected poems. Folk Baroque and Beyond.
@7PM: BEGGAR'S DAY, The Beggar Prince - continues
The Kingdom of Galaway has a law that every ruler must work a year and a day as a commoner. The lazy and indulgent Prince Larry looks likely to fail. On Beggar's Day, former slave Brishee is conscripted to quest after The Lost Artifact and The Shield of Many Uses with Larry as her servant. But, the evil brother-in-law Percy looks to usurp the throne through conspiracy and murder. The owner of The Feathered Pig, Maddie is sent to verify the test. Will Larry be the first of the royal family ever to fail The Test of Kings? Will Percy become King? Will King Willy ever know why the crone Cruith steals his chickens?
Join Caledonia in The Glen as she continues M.J. McGalliard's delightful adventure.  Presented live on stream.
Posted by Caledonia S at 8:11 AM