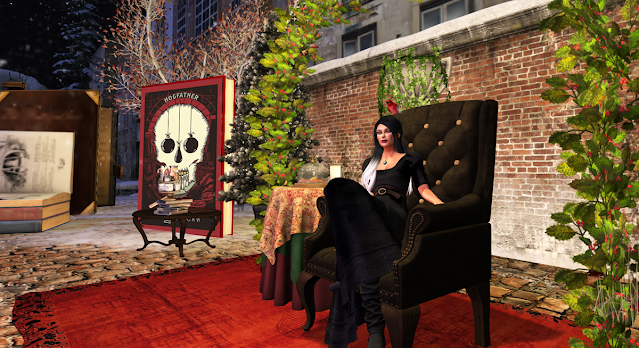 It’s the most wonderful time of the year, Hogswatchnight, when the Hogfather himself dons his red suit and climbs in his sleigh pulled by—of course—eight hogs, to shower gifts across Discworld. But when the fat man goes missing, someone has to sit in. It’s up to Death to take up the reigns—otherwise the sun won’t shine tomorrow . . . or ever again.

There are those who believe and those who don’t. Through the ages, superstition has had its uses; nowhere more so than in the Discworld where it’s helped to maintain the status quo. Anything that undermines superstition has to be viewed with some caution.

There may be consequences, particularly on the last night of the year when the time is turning. When those consequences turn out to be the end of the world, you need to be prepared. You might even want more standing between you and oblivion than a mere slip of a girl – even if she has looked Death in the face on numerous occasions.

Live on stream from A Seanchai Winter Holiday,