Moving into the Final Month!

It has been a marvelous several month on LEA 9 and we are grateful for the many stories and people we have been able to connect through our Crazy Eights celebration.  May is our last month, and we are not holding back with more adventures to share.  See the schedule below. 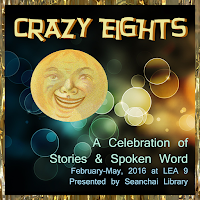 Seanchai Library (Shanna-key, which means "Storyteller" in Irish.) was founded in March of 2008 in Second Life. Thousands of stories, and hundreds of authors later, the program remains dedicated to promoting the power of stories to transform and inspire through live voice presentations: We bring stories of all kinds to life, in Second Life and other virtual worlds

"Crazy Eights" refers to the Library celebrating its eighth anniversary this year.


"After nourishment, shelter and companionship, stories are the thing we need most in the world."
~ Phillip Pullman, Author

May at Crazy Eights (all events live in voice): 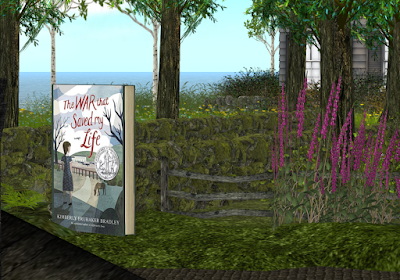 What's at Crazy Eights?
Some features and details are planned to shift through out the four months of Seanchai's tenancy (stations in the Story Forest, resources at Baker Street, a new featured book series monthly), so visit and come back to see what's new.